EHR Acronym Falling Out of Favor Among Healthcare Leaders

In response to the government's mandate that all health records be converted into electronic health records (EHR), there can now be heard a collective groan coming from some healthcare leaders. Count Girish Navani, CEO of eClinicalWorks, and Jonathan Bush, CEO of athenahealth, among those who are beginning to treat the EHR acronym like an unwanted relic.

Navani said, "I don't want to call it an electronic health record anymore." The reason? EHR accounts for a mere 5 percent of what eClinicalWorks’ software, 10e, can do.

The EHR acronym is not factually inaccurate, or an unimportant concept, these frustrated CEO's believe. Their problem is that companies are now being thought of strictly as EHR companies, when EHR only makes up a small portion of what the companies, or their software, is capable of doing. Cerner is a prime example. While it is an integral player in the federal government's migration to EHR, Cerner's software and management solutions are able to extend into every facet of the healthcare industry.

Jonathan Bush, CEO of athenahealth, has been more verbose in his dislike for the EHR acronym. Interoperability is the key, he says.

“This whole idea of interoperability, what the hell is that? That is so fundamental,” Bush said. “It means, theoretically, your computer can be trained to work with another computer. When a doctor sees a patient, that doctor should be able to know everything that has ever happened to that patient before, and where and when.”

Cerner's Response to the EHR Acronym

Burke doesn't balk at the EHR acronym, but he does believe EHR programs will primarily be transactional systems in the near future, not the end-all-be-all the government might see them as now.

“Fundamentally, Cerner will become a population health company. You’ve got to have access to information, whether it’s in an EMR (electronic medical record), or in claims data, or PDF data, or a national database to help physicians make better decisions at the point of care. You can only do that by having all [the] available information out there. And you’re just not able to do that within the confines of an EHR,” Burke said.

It's safe to say the EHR acronym isn't going anywhere soon, but don't be surprised if the word mysteriously fades away into the ether of healthcare jargon as time goes on.

As part of its commitment to bettering the health of whole populations, Cerner has opened Healthe at Cerner Center in Bangalore, India at its Manyata campus. Over 2,200 associates will be given access to the full-service clinic, which offers physical exams, lab and pharmacy services, routine screenings, treatment of chronic and acute illnesses, as well as urgent and primary care, and wellness programs dedicated to helping members better manage their health.

It marks the first time Cerner's Millennium EHR will be used in a patient care environment in India.

Rama Nadimpalli, Cerner India's general manager and senior VP, said, "This is our living lab where we are bringing health care providers and technology together to actively manage the health of our associates. What we learn here about consumer-driven care will be available to other healthcare organizations around the world."

Ready to move forward with a Cerner optimization project? Download our eBook today to learn the secret for success. 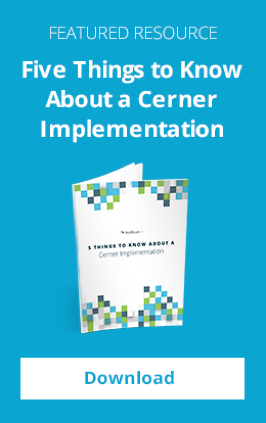